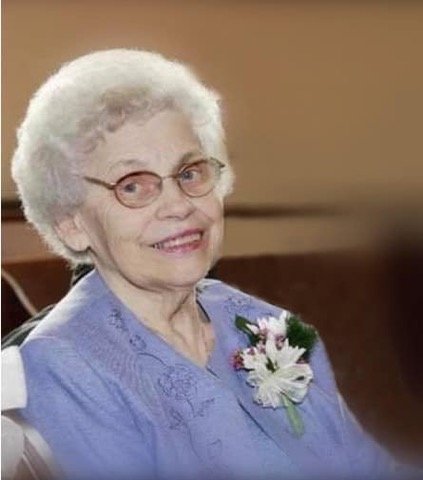 Anna Lou (Umberger) Key, 87, of Suffield, beloved wife of Robert S. Key, passed away peacefully on Saturday, October 5, 2019. Born in Wytheville, VA on May 26, 1932; daughter of the late Conrad and Mattie Lou (Felty) Umberger. Anna Lou graduated from Radford College and was a school teacher with the Fairfax County Public School System for over 15 years.

Anna Lou was very faithful and an active member of The First Church of Christ, Congregational, Suffield. Her true passion was spending time with her family.

She is survived by her loving husband of over 65 years, Robert ‘Bob’ Key of Suffield; three daughters: Karen Schimmel and her husband Tim of Keezletown, VA, Carole Jenkins and her husband Bill of Suffield, and Kathy White and her husband Simon of Calgary, Alberta; fourteen grandchildren: Robert, Julie, Melissa, Jillian Jenkins; Tracey, Emily, Stephanie Schimmel; Samuel, Connor, Athena, Douglas, Roger, Eli, Loveday White; three great grandchildren: Olivia, Quinn, and Mavis; and brother Dayne Umberger. She was predeceased by a brother Henry Umberger and his wife Loretta, and sister-in-law Jennie Umberger.  Her family would like to extend a special thanks to her aides, Stacey and Janet, who cared for Anna Lou with great dignity, love and respect.

The Funeral Service will be on Thursday, October 10 at 3:00PM, at The First Church of Christ, Congregational, Suffield.  Please meet directly at church. The Graveside Service and burial will be on Saturday, October 12, at 4:00PM in St. John Lutheran Cemetery, Wytheville, VA. In lieu of flowers, Memorial Donations may be made to: The First Church of Christ, Congregational: Capital Campaign, 81 High Street, Suffield, CT 06078. The Key family is in the care of Grubb Funeral Home. For online condolences please visit: www.grubbfuneralhome.com