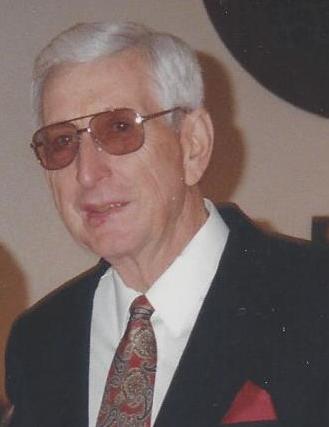 Willis P. “Petey” Johnson, age 91, of Wytheville, passed away Monday, November 18, 2019. He was the son of the late Willis P. Johnson, Sr. & Mary Ruth Umberger Johnson Williams and was a United States Army Veteran having served in the Korean War.  He was the Golf Professional/ General Manager of Wytheville Golf Club retiring after more than 40 years of service. Petey was a member of St. Paul United Methodist Church. He was preceded in death by his first wife, Peggy Johnson; brother-in-law, Roger Sharp; sister, Clara Whitt; step-father, Arthur Burton Williams.

Funeral service will be held 2 P.M. Saturday, November 23, 2019 at St. Paul United Methodist Church conducted by the Pastor Lon Tobin, with interment to follow in the West End Cemetery. American Legion Post #9 will conduct Military Graveside Rites. The family will receive friends Friday from 5 P.M. until 7 P.M. at the church. In lieu of flowers donation can be made to St. Paul United Methodist Church, 330 Church St. Wytheville, VA 24382. Expressions of sympathy may be sent to the family at www.grubbfuneralhome.com