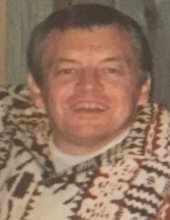 John Morrell of Sterling, Virginia, passed away peacefully on Tuesday, January 29, 2019 after a brief illness. John was born with serious scoliosis, but it never slowed him down, nor did it define him.  Having been told at a young age that he would likely not live past 35, John proved his doctors wrong by leading a long and very full life that more then doubled their predictions.

With an indomitable spirit, John treated every day as a gift from God. He never complained nor uttered a harsh word to anyone.  He loved travel and adventure, ranging from hitchhiking across the country to cruises around the world, camping in a cabin in West Virginia and kayaking in a homemade kayak.  John was an artistic, creative and multi-talented person with a mechanical mind which was invaluable at work and at home.  He could fix anything.  By way of example, John had a 1950’s bread truck, which was converted into a camper.  Part of each adventure was his figuring out how to fix the motor, as the truck often broke down on the side of the road.  He had a successful career at E-Systems, where he worked and mentored others in circuitry construction.

John was a life-long sports fan who loved golf and rooting for his beloved Redskins.  He was athletic and enjoyed participating in many sports. When he was in high school, he told his parents that he wanted to play football.  Unfortunately, because of his condition, the doctor would not clear him to play.  Instead of hanging his head, John volunteered to be the team manager and earned his varsity letter. A highly skilled pool player who carried his own cue stick, he welcomed challengers and generously taught the game he loved to family, friends and members of the local senior center.

John deeply loved his family and enjoyed spending time with them.  He never met a stranger and was truly an inspiration to everyone fortunate enough to make his acquaintance.  To know John was to experience the true embodiment of how to be a Christian soldier.