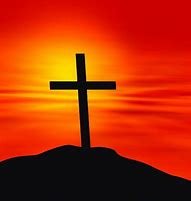 Richard Duane Brooks, age 57, of Wytheville, passed away September 3, 2019. He was born April 30, 1962 to the late Thomas Maynard Brooks and Della Lyons Pridemore. He was preceded in death by two brothers Robert and Jeff Brooks. Survivors include his three sisters and brothers-in-law, Linda and Leon Cline of Wytheville; Joyce and Jerry Copenhaver of Aberdeen, MD; Deborah Dalling of Indian Mound, TN; three brothers and sisters-in-law, Tommy and Marvene Brooks of Knoxville, TN, David and Kathy Brooks of Rural Retreat, Ronald Brooks of Wytheville; several nieces and nephews also survive.

There will be a graveside service held at a later date. The family is in the care of Grubb Funeral Home.