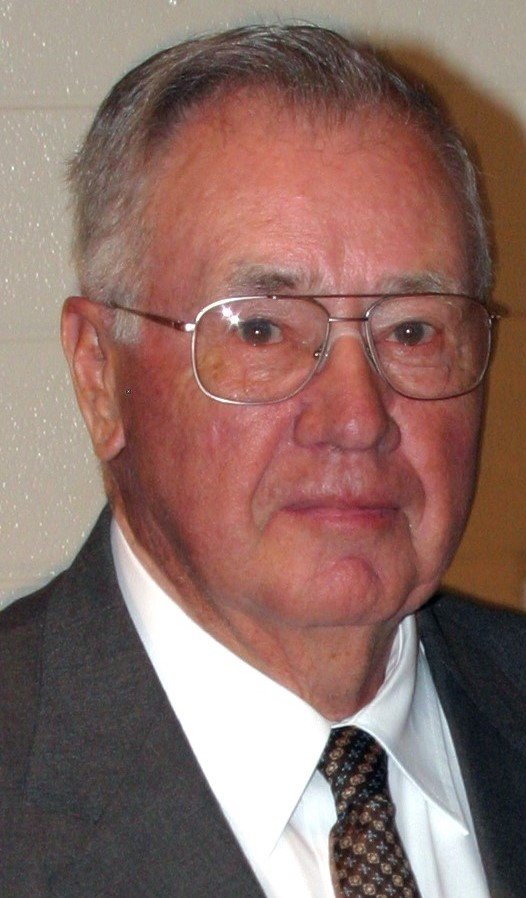 Arnold W. Hamblin, 90, of Roanoke, formerly of the Little Creek Community of Bland County, peacefully passed away on Oct 14 at home surrounded by family. A memorial service will be held at Grubb Funeral Home in Wytheville on Oct 19 at 2:30 with Reverend Linda Hale of Davis United Methodist Church officiating. The family will be available for visitation 2 hours before the service.

Arnold was born in Spur Branch Community of Bland County to Estle and Lena Hamblin on April 8, 1929. He served in the US Army in Korea from 1951 – 1953 as a truck driver in the quartermaster corps. He once said he believed he had traveled the whole length of the Korean peninsula. He moved to Roanoke in 1955 and worked at Bowman’s Bakery for several years. He then worked for Hodges Lumber Company until 1968 when he went to work at Mohawk Rubber (now Yokohama Tire). He retired from Yokohama in 1991 and moved back to Little Creek in 1995. When his health began to fail, he returned to Roanoke in 2016. He was a founding member of the Little Creek Volunteer Fire Department.

Arnold was well known for the molasses he made every fall, until his health no longer permitted.

Arnold is survived by his wife of 63 years, Vergie and his sons and daughters- in-law, Steven and Ann-Marie Hamblin of Fincastle, VA and Scott and Linda Hamblin of Roanoke, his granddaughter Sarah Hamblin, his brother Louis Hamblin of Wytheville, his sisters Alma Lester, Eleanor Coulson, and Lena Bragenzer each of Dublin, VA., plus numerous nieces and nephews. He was preceded in death by his brothers Leonard of Greensboro, NC, Kenneth of Roanoke, VA and Edgar of Trinity, NC and his sister Adeline Suthers of Buena Vista, VA. Expressions of sympathy may be sent to the family at www.grubbfuneralhome.com

Grubb Funeral Home in Wytheville is serving the family.