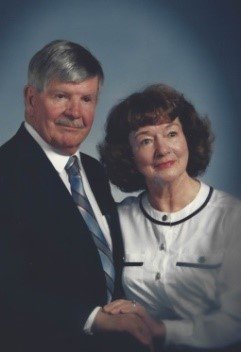 Jettie in her younger days of life enjoy playing her guitar and tap dancing, she performed with different groups and people along the way.  She decided when she was 9 she was going to live in the house that became the Akers home all of her married life. Jettie was the longest, continuous attending member of St. John’s Episcopal Church where she served in multiple roles and on the Altar Guild many, many years.  She worked most of her life in retail, bringing the first Goodwill Store to Wytheville and she never met a stranger; Jettie has helped so many people along life’s way and believed in serving the Lord and loving her family. Today, she is having a beautiful day in “Paradise”.

Memorial services will be 2:00 p.m. Sunday, February 3, 2019 at the St John’s Episcopal Church located at 275 East Main Street, Wytheville, Virginia with Father Birch Rambo officiating. Inurnment will follow in the Church Columbarium. Memorial donations may be made to St. John’s Episcopal Church Wytheville. Expressions of sympathy may be sent to the family at www.grubbfuneralhome.com