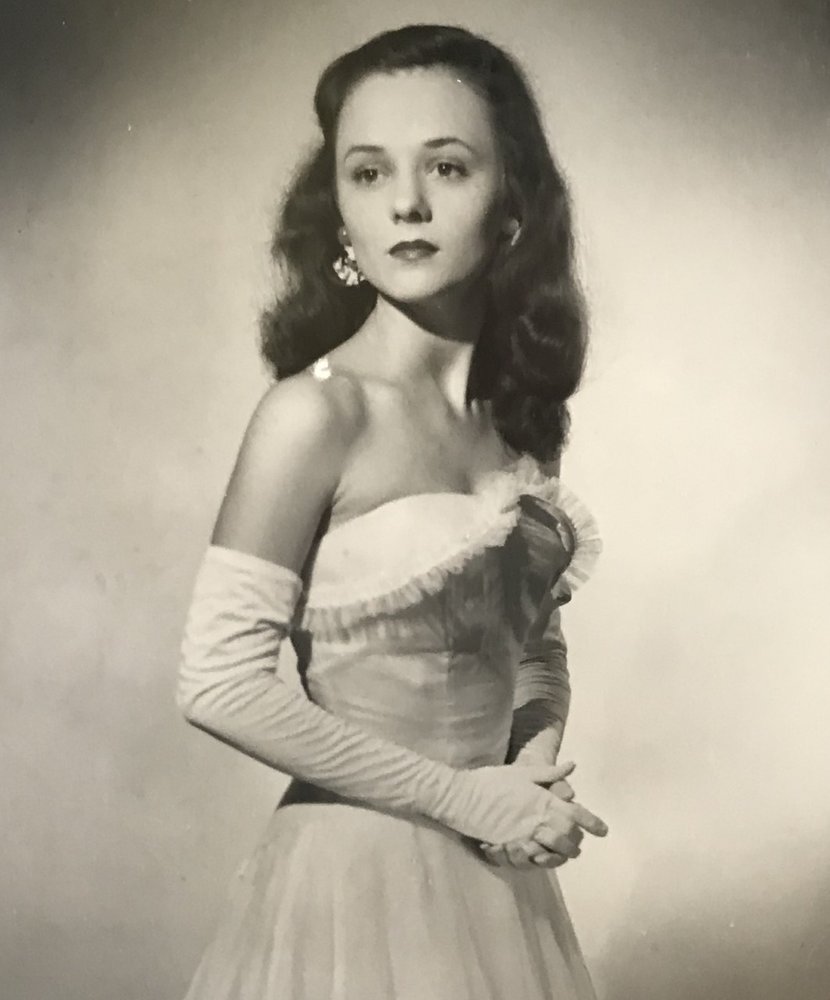 Bobby Joe Wilson was born in Knoxville, TN on December 8, 1928. Her parents lived in Middlesboro, KY surrounded by her mother, Marie Lyon Wilson’s large family. Her father, Hube Bluch Wilson, was from Tennessee. He died when Bobby Joe was just a child. Bobby Joe graduated from Radford College with majors in French and Spanish. She entered the Miss Hillsville contest and went on to become Miss Virginia during her junior year of college, serving her term during her senior year.

On December 10, 1949, Bobby Joe married the late Brooks Gordon Jennings, whose farm is at Jackson’s Ferry in Wythe County. Bobby was an enthusiastic mother, grandmother and great grandmother. She is loved and missed by all of us left behind.

She is also survived by her grandchildren and great grandchildren: Charles Train, his wife Brittany Train and their daughter Alice Lyon Train, who live in Portland, OR; Nancy Leiter Train Coburn, her husband Benjamin Richard Coburn and their children Hunter Middleton and Lyon Alexandria Coburn, who live in Diamond Harbour, New Zealand; Mary Lyon Train Ghattas and her husband Aaron Ghattas who live in Christchurch, New Zealand; Mary Gordon Jennings, currently living and studying in Silverthorne, Colorado, but a lifelong resident of either Wythe or Bland County; Bobby Jennings and his partner Amanda and their three daughters Kaleigh, Codie, and Alexia Jaden Jennings of Wythe County; Joanne Elizabeth Jennings Ayers, DVM, her husband Colton Ayers and their son Reed Carter Ayers, also of Wythe County.

During her long retirement, Bobby loved running into her former students and sharing memories. She was a dedicated member of the DAR and the Colonial Dames, serving both locally and in state-wide positions. She was married to Elbert (Ebbie) H. Wampler, Sr. in 2008. They lived in Bassett, VA then Wytheville. He predeceased her in 2010.

Funeral service will be held 1 PM Saturday, November 2, 2019 at St. Paul United Methodist Church conducted by Pastor Lon Tobin with a private family graveside following the following service. The family will receive friends Saturday from 11:30 AM until service time. In lieu of flowers, contributions may be made to the Salvation Army, 615 Slaters Lane Alexandria, VA 22314. Expressions of sympathy may be sent to the family at www.grubbfuneralhome.com